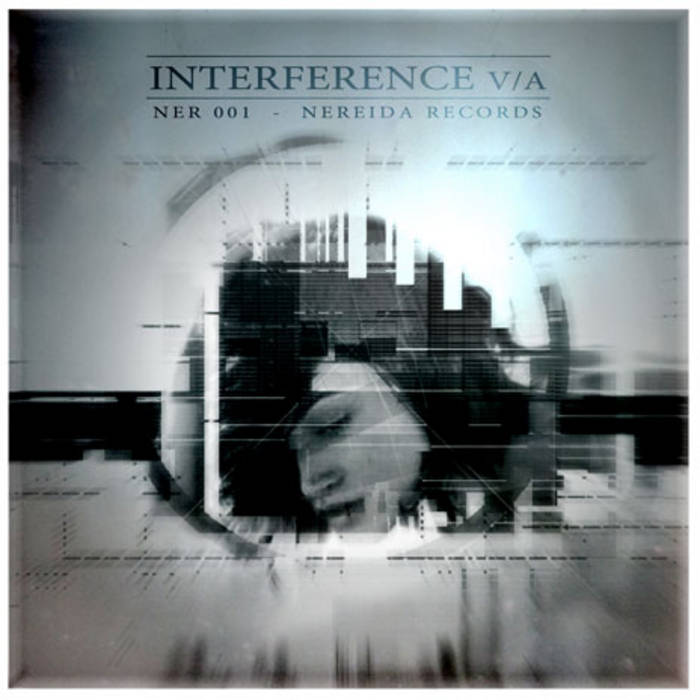 
The latest MP3/FLAC compilation on Nereida Records is composed of a dozen of tracks pretty much all of different style and regroups various artists from Barcelona, Berlin, London and Paris.
After a few listens - a proper space occupation- we started to perceive a sort of superposition of two waves resulting in a new wave pattern, which likely explains the release name: Interference. It also reminds us that physic and science might well have generated some consequent artistic movements. Despite the differences, they seem to come from identical sources generating in us the same passion and Nereida Records celebrate here the quality of exchange or interchange whilst offering us several plans of interpretations. The possibilities remain directed towards the same pole: they function outside of an established cultural mainstream system and reflect the same values within a rather unconventional art form.

Mental properties emerge when matter is organised in an appropriate way and in this perspective, we could highlight in this compilation two distinct tendencies or orientations. We quite clearly identify an experimental Electro pop side, a more instrumental axe with Onlysundays, Fur voice, Motor combo, Oberst Panizza and Transformer di roboter, who all either use vocals or live instruments in their productions.
The doors opened with energy and intensity with Transformer di roboter’s “Bob Ross - The Joy of Painting”, which is “a tribute to the American painter Bob Ross who used to have a TV show to teach his painting technique. He was always on very late on a small local TV station in Berlin, so everybody who was up on Tuesday night at 4am in the morning knew Bob Ross” (Alex Kloster). With a light playful air, Motor Combo as well explores the theme of the night; Playful yes; but worrying too. The Catalan duo almost created a soundtrack for a small theatre show - the fetish scene in David Lynch’s movie. On the same line, the Onlysundays electrical or acoustic activity can also at some point disturb communication in its own way.
The human voice becomes an essential element and by extension the colour needed for the subject of a painting. Sometimes blade, delicate with OnlySundays, or more crepuscular and dominating the body of the painting for Fur Voice track “Human Monster”- like in a claire-obscure painting of Caravaggio. Alternatively, it also presents a voice of an automatic, standardised colour in a pop art piece containing manipulated Polaroid with Oberst Panizza, as well as the 3 primary colours of Transformer di Roboter spread out from the painting of the colourists that stroke us with their vivacity. The doors fall back on the wall, which threw them right back; it returns to the starting point with Compütah! & the lower Clapton crew remix of the Transformer di roboter catching track Hi-end. It returns with the same strength and intensity as the initial movement, the doors shut down with a perfectly mastered gesture, the symbol of a natural loop where the pleasure would always be extended.

The second axe contains Compütah!, Usedtobecool, Mokuhen, Pisu, and Equipo tracks, based on pure electronic, or more specifically IDM, as some like to classify the Electronica genre nowadays.
We take little steps with Pisu, the eyes sparkling, a smile drawn on our lips and a wonky dub 2-step track, fresh, that comes within a natural flow, generating graceful images with enumerations and a sidetrack well incorporated. Our eyes lost, a slight rhythmic swaying, a subtle body regular movement, almost trembling, we welcome “BigBoo”, the lovely piece produced by the 2 Usedtobecool Londoners boys - a real sound transposition of a sensual arabesque. Quite in the same vein, Compütah! guides us with a soothing melancholic wave through the alleys of a peaceful Japanese garden, where the rocks used are chosen for their artistic shapes.
Mokuhen goes even deeper in the exploration of the garden with his electro acoustic piece. The revival of the nature is complete here, we are wandering in the garden like a bird in the early morning of a summer day, when some interference modify the poetic ambulation and disrupt the message as it travels along the channel. Equipo manages to restore peace and re-establish a certain level of calmness, without losing any of the previous contemplative virtues, although with a little more rhythmic vision.

To be happy on the human axe, living in perfect harmony with the other axes, we first need to stay in a relationship of contiguity. Then beyond the axial classification ‘by style’, we want to move on to another mode, a continuity where the 2 axes reunite. In essence Interference represents this point of convergence, the point where the 2 axes meet and celebrate. Art&music should always insufflate movement and propagate the idea of communion - without denying the different human nature facets. Understanding the analytical tools and the ways it works internally, decomposing the parts is not critical we think; interpreting our sensations and expanding as much as we can our inner space however, is. We saw two waves here, but there is probably something else for others.

Bandcamp Daily  your guide to the world of Bandcamp